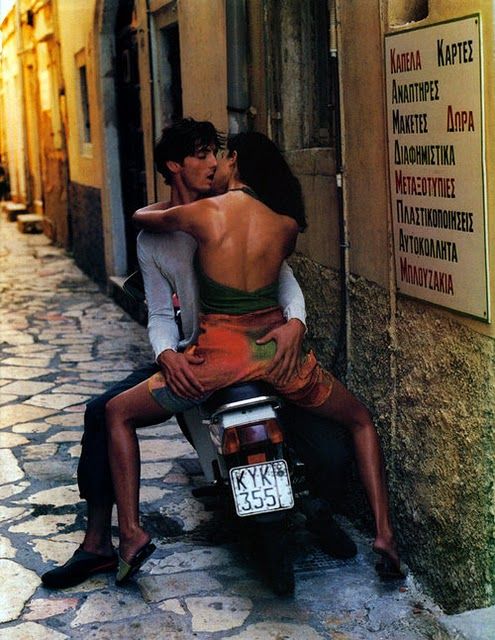 So what really is game? How do we define it, and how exactly do we go about getting it?

It’s these two questions that I want to dive into in today’s article. You see, game is a pretty illusive concept. For instance, just because you know a hundred different openers and a few dozen routines doesn’t mean you have game.

In fact, there are thousands of guys out there who don’t know any openers or any routines, and still have more game than half of today’s pickup gurus put together.

So here’s how I define game – You have game when you are able to successfully open, attract, build comfort with and seduce a woman. Simple as that.
There’s no need to complicate things with technical jargon and theories; like we sometimes tend to in the pickup community.

Opening is the first and most crucial step of any seduction scenario. I mean, let’s be honest. If you can’t open a woman you can’t really attract her. And if you can’t attract her, you definitely can’t seduce her.

So ask yourself this: can you walk up to an unknown woman – without freezing up, chickening out or making her want to throw her drink at you off the bat – and initiate an interaction in a way that will make her curious about you? If you cannot, then you, my friend, lack the first and most important component of great game.

Now don’t get me wrong, if you’re new to this you will freeze up, you will chicken out, and you will probably get blown out in the most humiliating of ways at the start. But that’s just part of the learning curve. Put yourself out there and treat every interaction as an opportunity to learn.

Can you create attraction?

Have you ever been in a situation where you’ve started a conversation up with an attractive woman and felt her interest seem to decline as the interaction progresses?

More often than not this is a result of a failure to build attraction and keep things moving towards a romantic or sexual outcome. You see, attractive women don’t have time to keep making friends with every guy who comes and starts up a conversation with them. Sure, some of them may be nice and polite, but the chances are that if you’re not going to man up and keep things moving forward, she’s going to get bored and move on.

Here’s the thing, it doesn’t matter if you’re an opening machine and can start up a conversation with any woman. If you can’t move the interaction forward and build attraction, you’re missing another crucial component of game.

So once you’ve mastered the task of opening, focus on being able to generate attraction. Pay attention to the things you do that seem to get a girl interested in you. For example, if you notice that she twirls her hair and playfully slaps you on the arm every time you tease her, you need to make note to do this more.

Learning to build attraction takes time, simply because there are such a huge variety of factors that play a part in making a woman feel attracted to you. But stick at it, learn and be observant, and soon you’ll know exactly what you need to say and do to each and every type of woman to make her feel attracted to you.

Can you build comfort?

Now I’m not going to tell you that every woman wants the same thing from a man, but almost every girl needs to feel some sort of comfort before she’ll be ready to jump into bed with you. Some girls might want to know that you’re up for a long term commitment, and some girls might just need to know that you’ll call them the day after.

And some might simply want to know that you’ll at least drop them home after. My point is that if you don’t know how to create this level of comfort with a girl, you’re lacking another important component of game.

So what does it take to build comfort? A girl will feel comfortable enough to go home with you when she feels that she can trust you and that she has rapport with you.

For instance, you can build trust by letting her see how you take care of your friends and the people around you. And you can build rapport by finding commonalities and things that you are both passionate about.

Can you seduce her?

The two biggest obstacles in pickup are opening and seduction. And let’s be honest, if doesn’t mean jack if you can open, attract and build comfort with a girl if you can’t eventually seduce her. The ability to successfully seduce a woman is the fourth and last component of great game, without which all other aspects of game become useless.

Do you have confidence?

At the end of the day, the most important factor towards great game is the confidence to put all of this together. Because you see, game, isn’t just a collection of routines and gimmicks. It’s actually a state of mind. A way of being. And the only way to develop confidence in your game is by becoming competent at it. And the only way to do that is to actively learn and develop these four aspects of game that I’ve spoken about above.

Let’s be honest; this article alone isn’t going to teach you great game. And the point of it isn’t to teach you great game. What I hope that you take away from this article is the ability to honestly analyze your game in terms of your opening skills, attraction building abilities, comfort building abilities and seduction techniques, and work on whichever areas that you may be lacking in. And once you do that, you will well and truly have game.

Well you don’t have to memorize any of this. There are ways to transform yourself into a natural and truly becoming the man you really want to be, without any conscious effort at all.
Check out this amazing video bellow: