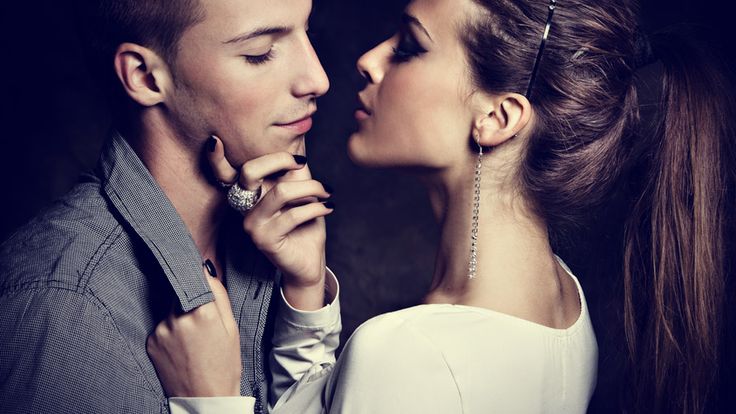 Whenever I take on a new student, the first questions that they almost always ask me deal with what exactly they should say to a girl.

For example, have you ever been in a situation where you’ve gone up to a girl and used an opener that’s been tried and tested by thousands of guys, only to get shot down?

Well, since the opener has worked for guys before you, it makes sense to think that it’s not the exact words you’re saying, but how you’re saying them that’s the problem.

So in today’s article, I want to talk a bit about how to learn and develop a seducer’s body language.

A common mistake that a lot of guys getting into the game make is that they get obsessed with looking “cool” or “tough.”
But here’s the thing, if you’re walking around with a serious and grim expression on your face, the chances are that you’re giving off the vibe that you are a boring, unhappy person.

And boring and unexciting isn’t something that an attractive woman wants in her life.

So from today I want you to work on having a nice and easy smile on your face BEFORE you approach a woman. You see, smiles are infectious.
And if you already have a smile on your face when a woman first makes eye contact with you, the chances are that she’ll return it out of reflex; which then sets a warm and open vibe for you to start the interaction with.

Another mistake that a lot of men make is that they wait for a woman to make eye contact with them before smiling full-tilt.
The problem here is that this can sometimes make a woman feel like she’s being put on the spot and make her uncomfortable. So it’s far more powerful to already be smiling by the time she makes eye contact with you.

But holding strong eye contact lets a woman know that you are confident and at ease with the interaction, which in turn puts her at ease.

Whereas if your eyes are darting all over the place while talking to her, you’re likely to come off as nervous and shy, and the chances are that this will make her feel more and more uncomfortable being in the interaction.

Now remember, I’m not saying that you should creepily stare into a woman’s eyes the whole time you talk to her. That’ll probably just make her nervous or scare her off.
Just focus on maintaining steady and comfortable eye contact. Don’t look away when you’re telling her something; especially if it’s something flirtatious.

Focus on doing this and I guarantee that you’ll notice a distinct change in the way that women respond to you.

The rule of thumb is the more relaxed you look, the more confident you will seem. When you’re starting out it’s normal to feel nervous and frazzled.

But try not to let this affect your physiology. You see, we can actually reverse engineer our brains into feeling at ease and confident by putting our body in a relaxed and comfortable state.

But remember, as always, balance is key. Taking up enough space to be comfortable is the sign of a strong and confident man. Taking up any more space just looks lazy and weird.

The movements of a seducer should be like that of a martial artiste; calm, but purposeful, subtle but assured. Whenever you’re in a social gathering, the chances are that any woman that you end up approaching will have already seen you and sized you up, before you’ve even made eye contact with her.

So if a woman sees you moving around in a fidgety and awkward way, the chances are that even if you come up with the most brilliant opener, she’ll be a bit reluctant to let the interaction progress.
Now remember, I’m not saying that you should walk around like a military man all the time. Just stand up straight, hold your chest out, let your hands hang comfortably at your side and move like you know exactly where you’re going.

This will leave a powerful impression on any woman that sees you and the chances are that she’ll be much warmer to your approach as a result.

Keep your gestures under control

If you’ve ever watched a great speaker or performer on stage, you’ll notice that they use their gestures sparingly but effectively. Every single movement they make with their hands is in sync with what they’re saying and only makes their words seem more powerful, and never distracts the listener from them.

So work on using your gestures to emphasize what you’re saying, and also learn to stay still when listening. This will convey calmness and confidence, and will make a woman feel more at ease interacting with you.

Be comfortable with touch

A lot of men often refrain from ever touching a woman until they finally work up the courage to make a move on her.
But the problem with this is that at that point it can feel so sudden that it’ll almost certainly feel uncomfortable. So instead learn to touch women casually from the beginning of the interaction.

Remember, don’t go overboard with this. Nobody wants their personal space invaded or to be groped awkwardly.
Just light touches on the shoulder and the occasional hug will show her that you are comfortable and at ease with her and it will make her more relaxed with you.

Great body language isn’t something that you can just read and learn overnight.

So to really make use of this article, what I want you to do is understand and internalize these concepts, and then work on consciously applying these ideas into your day to day interactions.

Stick with it and correct yourself often, and before you know it, you’ll be moving and talking like a true seducer.