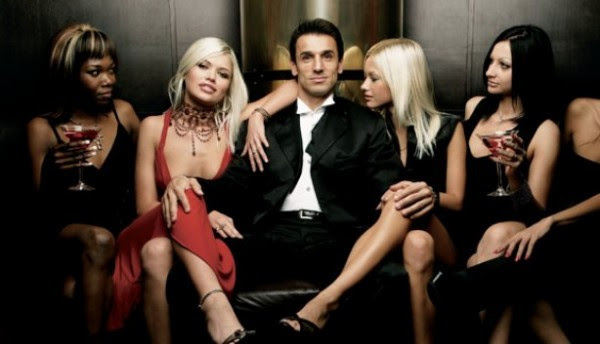 Ask a bunch of women about the one most important quality that they look for in a man and most of them will say confidence.

Confidence isn’t something that a select few are magically born with – there is no confidence gene. Confidence is more often a state of being that a person achieves over time by doing certain things over and over until they feel confident doing it.

Michael Jordan feels confident shooting from the three point line because he’s made every imaginable shot from it a thousand times before. Lionel Messi feels confident in front of goal because he’s scored from every imaginable angle and every conceivable situation a thousand times before. Like Bruce Lee himself said, “I fear not the man who has practiced 10,000 kicks once, but I fear the man who has practiced one kick 10,000 times.”

More often than not, would be PUAs and seducers fall into the trap of looking for magic bullets that claim to solidify your inner game and help you achieve confidence without every leaving the comforts of your own house. But inner game isn’t simply some computer program that can be installed instantaneously into your brain, Matrix style.

Building strong inner game involves going out into the field, failing a thousand times and learning a thousand different lessons until you eventually see the world around you free of the mind’s negative spins and interpretations.

For example, one of the hardest hurdles for a beginner PUA to overcome is approach anxiety.

Walking up to a beautiful woman and trying to start up a conversation is more often scarier than bungee jumping off a cliff with a twenty year old rope.

And the beginner PUA isn’t helped by his inner voice that will keep whispering that he’s not interesting enough to hold a beautiful woman’s attention, or the social fear that tells him that everyone in the room will end up laughing at him for being a weirdo.

Developing a strong inner game involves approaching a hundred beautiful women and replacing the doubts from your inner voice by realizing that just by approaching her and relating to her as a human being you’re saving her from the constant boredom of being treated as just a pretty fair and nice body.

And eventually a strong inner game will replace social fears associated with rejection with the awareness that the people around you are too worried about what everyone else thinks about them to spare you too much thought.

Another important thing to remember about inner game and confidence is that inner game isn’t just limited to seducing women. Developing strong inner game involves crafting a strong and desirable identity that is congruent with your seducer’s character.

It doesn’t really make a difference if you’re a rock star, a movie star or an architect or an accountant, the trick with strong inner game is owning your identity. Don’t be the boring guy that just tells a woman that he’s an architect. Be the man that owns the character by telling a woman that you help make your city’s skyline look good.

There is a saying that confidence is about ‘faking it till you make it.’ While this is true in some sense, the process of developing a strong inner game really alleviates the need to fake anything.

Developing a strong inner game will help you embrace yourself, flaws and all, and see the world around you with a perspective that is fresh and full of possibility, helping you become a confident man that every woman hopes of crossing paths with.